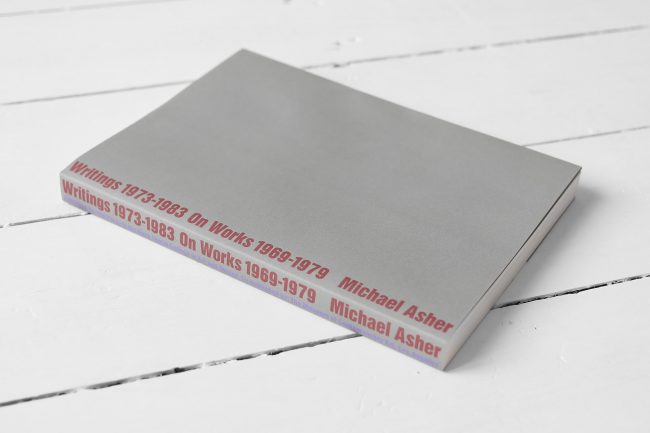 Please join us for an online discussion of Michael Asher’s Writings 1973-1983 on Works 1969-1979, hosted by Primary Information, the publisher of a new facsimile edition in October 2021. The panel will include the book’s editor Benjamin H.D. Buchloh alongside artists Andrea Fraser and Cameron Rowland. It will be moderated by Hamza Walker, Director of LAXART.

Writings 1973–1983 on Works 1969–1979 is an essential document of a decade of formative work by Michael Asher. Originally published in 1983, the book presents 33 works (plus an additional work from 1983–1985 inside the dust jacket) through the artist’s writings, photographic documentation, architectural floor plans, exhibition announcements, and other ephemera.

Initiated by Kasper König, Writings 1973-1983 on Works 1969-1979 was originally co-published by the Press of the Nova Scotia College of Art and Design and the Museum of Contemporary Art, Los Angeles, and was largely shaped by Asher’s close collaboration with Buchloh, who succeeded König as editor of the press in 1977.

Benjamin H.D. Buchloh, an art historian and critic, is currently Andrew W. Mellon Research Professor at Harvard University, where he taught between 2005 and 2021 in the History of Art and Architecture department. He is the author of Neo-Avantgarde and Culture Industry: Essays on European and American Art from 1955 to 1975 and Formalism and Historicity: Models and Methods in Twentieth-Century Art, both of which were published by the MIT Press. His monograph on Gerhard Richter will be published by MIT Press in July 2022. In 2007, he received the Golden Lion for Contemporary Art History and Criticism at the Venice Biennale. From 1977 – 1985 he was Director of the Press at the Nova Scotia College of Art and Design, editing books on Michael Asher, Dara Birnbaum, Dan Graham, Jenny Holzer, Gerhard Richter, Martha Rosler, Allan Sekula, and Lawrence Weiner among others.

Andrea Fraser is an artist whose work investigates the social, financial, and affective economies of cultural institutions, fields, and groups. She is Professor at the UCLA Department of Art. Retrospectives of her work have been presented by the Museum Ludwig Cologne (2013), the Museum der Moderne Salzburg (2015), the Museum of Contemporary Art Barcelona, and MUAC UNAM Mexico City (both 2016). Her recent books include 2016 in Museums, Money, and Politics (2018, co-published by the CCA Wattis Institute, Westreich/Wagner Publications, and MIT Press) and Andrea Fraser Collected Interviews 1990-2018 (2019, A.R.T. Press and Koenig Books).

Hamza Walker is Director of LAXART, a nonprofit art space in Los Angeles, and an adjunct professor at the School of the Art Institute of Chicago. Prior to joining LAXART in 2016, he was director of education and associate curator at the Renaissance Society, a non-collecting contemporary art museum in Chicago. Recent exhibitions at LAXART include Kandis Williams/Cassandra Press’ The Absolute Right to Exclude (2021) and Postcommodity’s Some Reach While Others Clap (2020). Exhibitions at the Renaissance Society include Teen Paranormal Romance (2014), Suicide Narcissus (2013), Several Silences (2009), Black Is, Black Ain’t (2008) and New Video, New Europe (2004). Walker also co-curated (with Aram Moshayedi) the 2016 iteration of Made in L.A. He has won the Walter Hopps Award for Curatorial Achievement (2004) and the Ordway Prize (2010) for impact on the field of contemporary art. 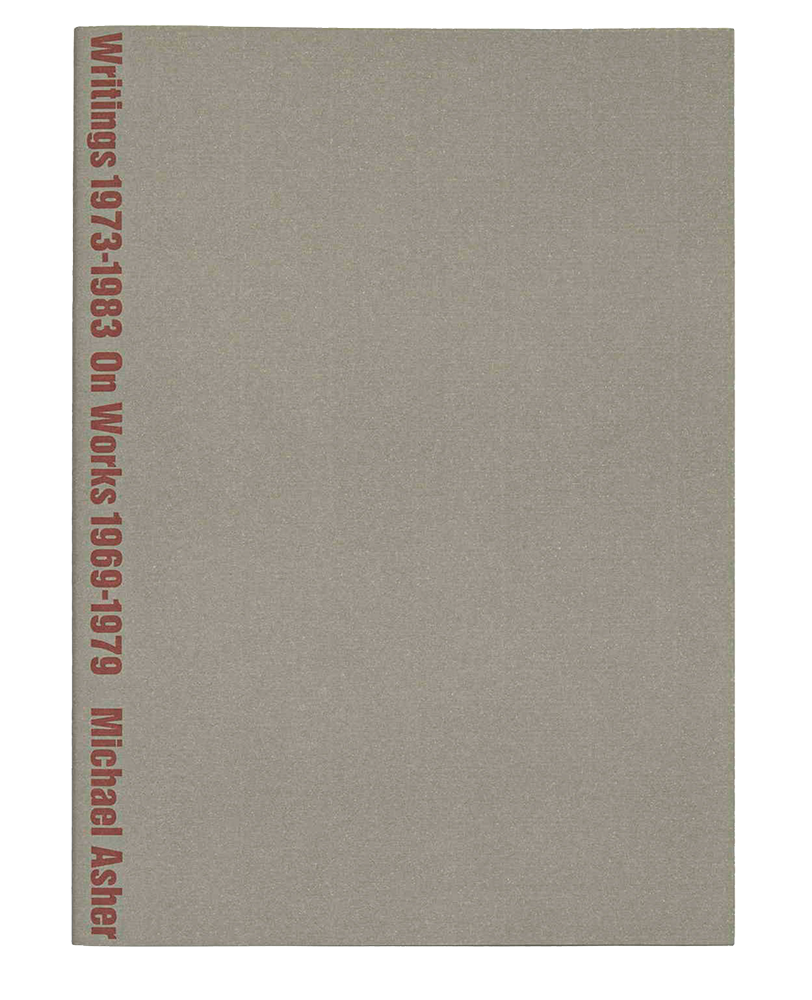 Michael Asher Foundation is pleased to announce the release of a new edition of Michael Asher’s Writings 1973–1983 on Works 1969–1979, published by Primary Information and available October 2021.

Writings 1973–1983 on Works 1969–1979 thoroughly documents thirty-three works over a ten-year period early in the artist’s career. The book was originally copublished in 1983 by The Press of the Nova Scotia College of Art and Design (NSCAD) and The Museum of Contemporary Art, Los Angeles (MOCA), with editor Benjamin H.D. Buchloh working in close collaboration with the artist.

This 2021 facsimile edition is based on a special version of the 1983 book that features documentation, on the inside of the dust jacket, of a work by Asher for MOCA’s In Context exhibition series (1983–85). It also includes limited corrections to images and captions, following directions that Asher made in case of a possible future edition.